“Beauty will save the drama” Exhibitions 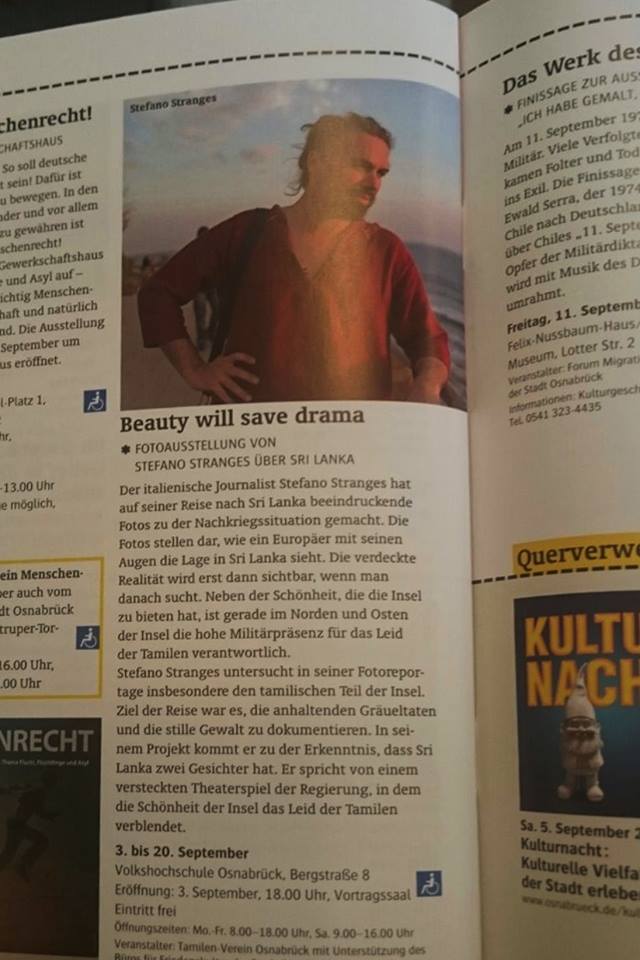 On Wednesday 26th May 2015 the first stage of the project Homeland, “Beauty will save the Drama”, consisting of photo reports about the ongoing ‪#‎genocide‬ of Eezham ‪#‎Tamils‬ in ‪#‎SriLanka‬ by ‪#‎Stefano‬ Stranges, commenced at the School of Peace in ‪#‎Naples‬.

The Assessor of the Council of Naples ‪#‎AlessandraClemente‬, the ‪#‎ModaviONLUS‬ National President ‪#‎MaresaBellucci‬ and the Vice President Alessandro Sansone participated in the event held on Wednesday, organised by the Modavi ONLUS, Tamil Youth Organisation Italy and the Eelam Tamil Council ‪#‎Italy‬. The event also marked the Mullivaikal massacre, remembering the victims of the Tamil genocide.

“I had to introduce and present myself as trustworthy before the people could let themselves to open-up and talk to me. I became more conscious of their fear to speak to an unknown person about their problems. Even after the change of the Government, there still exists the fear that they could risk their safety if they speak out.”

“It was beautiful to taste the pride and boldness of the Tamil people today. We are moved and shaken to see in your eyes and gestures as you show respect to your dead and your people continuing to struggle […]. We often talk about our rights but less about our responsibilities. It is in the duty of each nation to raise their voice in solidarity for the oppressed people, like the Tamils, Sahrawi or Armenians. More often the media and the Western Governments fail to show spotlight on the genocides of the nations. So it is in our duty as NGOs and as people to take a stand in solidarity with the oppressed and raise our voices together.”

The exhibition will be open until the end of June. The photos can be bought in a limited edition from which half of the income will be used to finance projects for the IDPs in the north and east, and the other half to finance the next steps of the project ‘Homeland’. 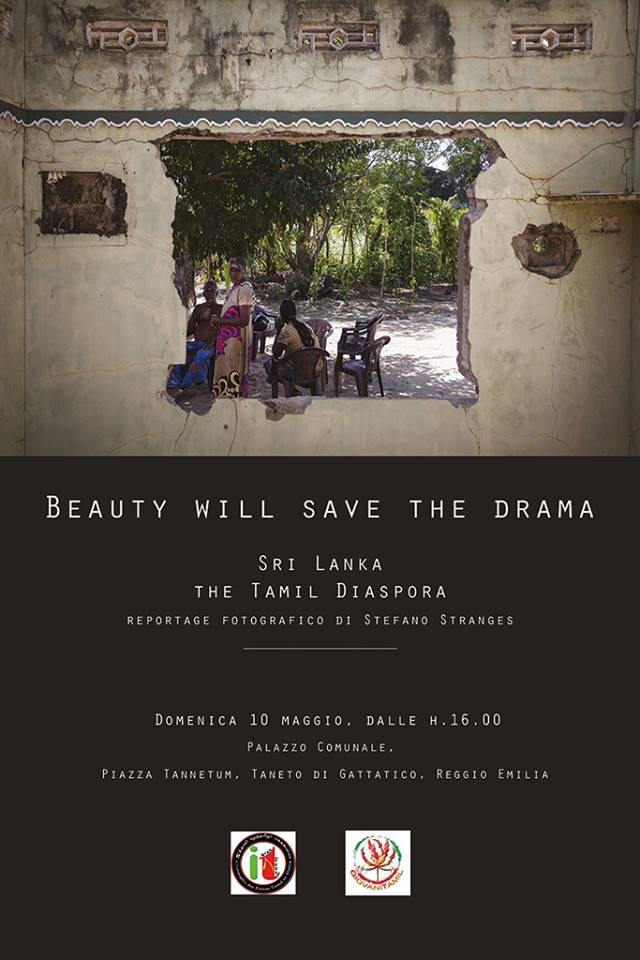